Cold Roll Forming Equipment and its products are becoming more and more widely in our daily production and life. So today I will introduce you to its design and manufacturing features. I hope to be helpful. 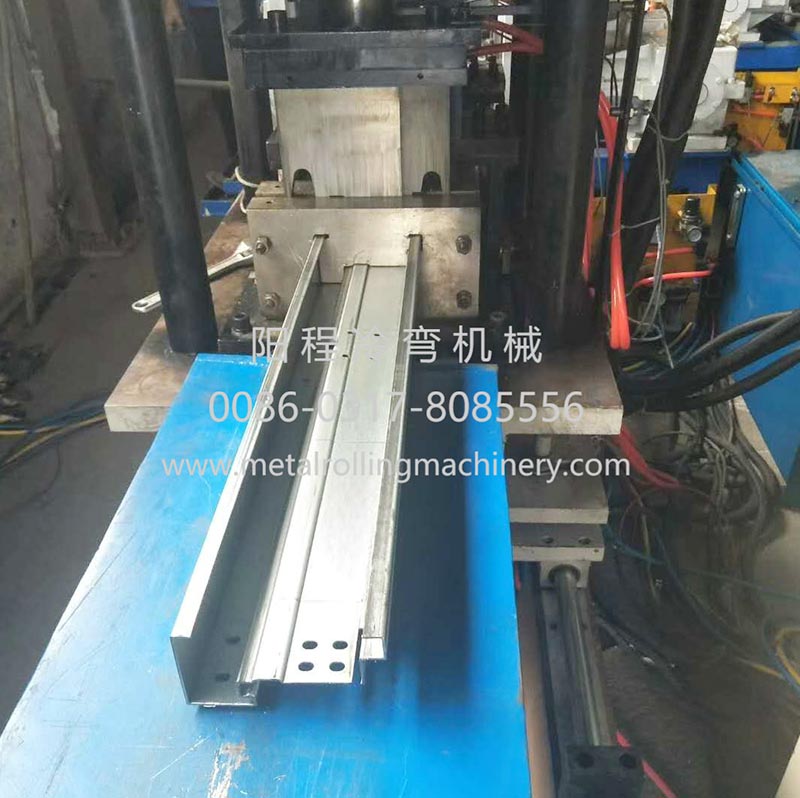 1. The arc part of the track is the core part of the slide rail. The arc position after the first few press forming, when the vertical pass is rolled up, the formed arc should be formed, and the effective tube bundle protection is carried out by the upper and lower rolls or the horizontal wheel. Otherwise, the arc position of the material will change during the stretching process, R becomes smaller and becomes a triangle, the steel ball is not in the end, the two points contact the sound, and when the R becomes large, the matching rail is swayed, and the track is blurred when used. Uneven force, deformation of the slide rail, shortening the life.

3, rolling stability problem, the production often encounters the problem of material yaw in the raceway. In fact, the single set of rollers is asymmetrical, the left side is stressed, the material is yawed to the right; the right side is strong, the material Deflection to the left.

4. The C12MoV material adopts its wear resistance, but the specific strength and hardness are contradictory. When heat treatment, the red hardness of C12MoV should be utilized. After quenching, two or even three times of tempering can reach the hardness.

Cold-formed steel is a light-weight thin-walled steel that is now recognized as a light-weight steel structure. It is the main material for making lightweight steel structures and can be used when it is used. Cold bending equipment can be said to be very widely used, because it can be seen frequently in industrial production activities. Moreover, the main purpose of cold bending equipment is to produce cold-formed steel, a common material. Therefore, based on this, below we pass some specific content, and on the original basis, the Cold Roll Forming Machine Manufacturer will come to talk about the problems involved in cold bending equipment.

For cold-bending equipment, these questions and answers, as well as the content involved, I hope to help everyone. If you are interested in cold-formed equipment, you can contact us.